Fleck, Lospav, Orgánico, and Secret Tapes from Paranoise Radio were present in the 2016 edition of the Distortion festival in the Scandinavian capital. 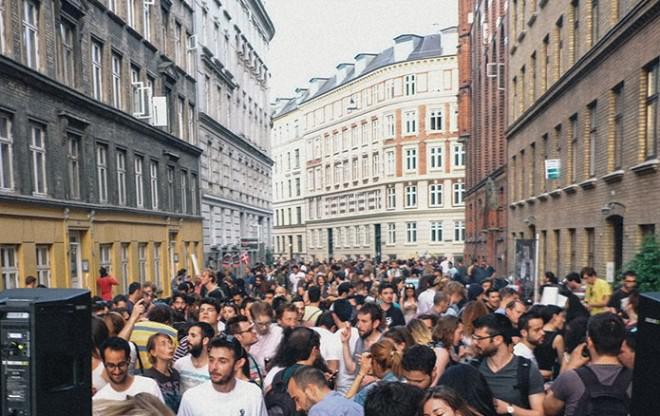 From the 1st to the 5th of June, the streets of Copenhagen were loaded with sound systems, DJ mixers and all other sorts of music equipment to host the Distortion Festival.

This festival focuses mainly on electronic music, and combines amateur musicians in the streets with some of the biggest DJs in the world at its main venue. Paranoise Radio was around the city to cover it and enjoy the classy tunes of northern Europe.

Distortion is organized in a way that makes it outstand from most other electronic music festivals in Europe: during the first and second day of the festival, the neighborhoods of Nørrebro and Vesterbro are respectively converted into street parties, where over 30 crews, ranging from clubs of the city to groups of students, take over the main streets of the area each day, and setup their own stages, sound systems and bars, to play a wide variety of musical styles, all of them belonging to electronic music genres to keep the vibe of the festival (some managed to do it better than others).

Paranoisers couldn’t miss the opportunity to enjoy such a great atmosphere, so we gave support to the Southwise party celebrated on Wednesday, organized mainly by students, and including some members of Paranose Radio.

The weather was surprisingly good and the party became a complete success: many friends and supporters around the city committed to the appointment and enjoyed the punchy sound that covered the whole street, hearing the tunes played by 6 DJs in total, including Paranoisers Lospav, Orgánico, Secret Tapes and finally Fleck as the special guest.

Many genres could be heard during the party, starting from hip-hop and trap, going through some danceable housy music, and ending with footwork, jungle and bass, thanks to Secret Tapes and Fleck, who made the whole crowd go completely crazy. 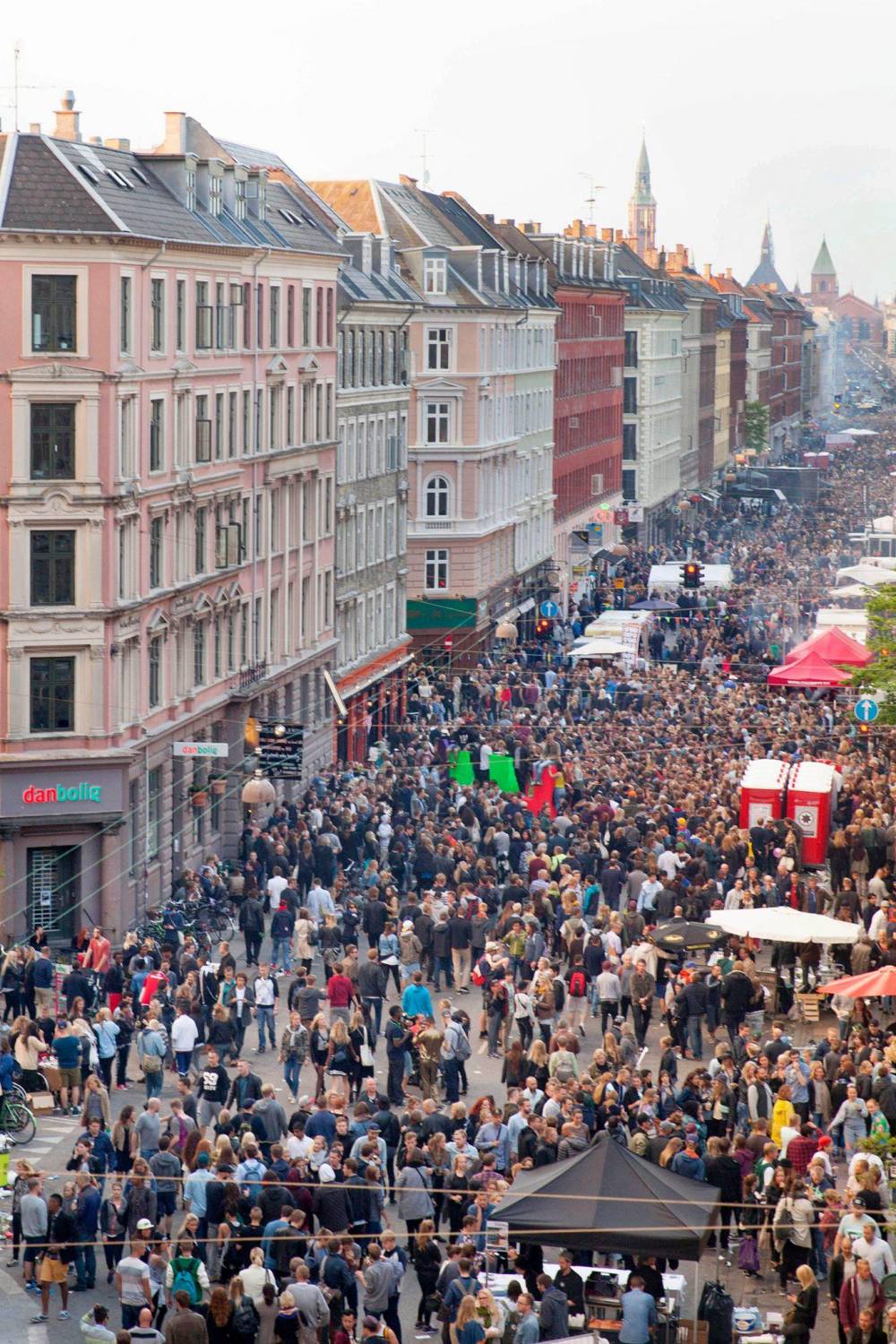 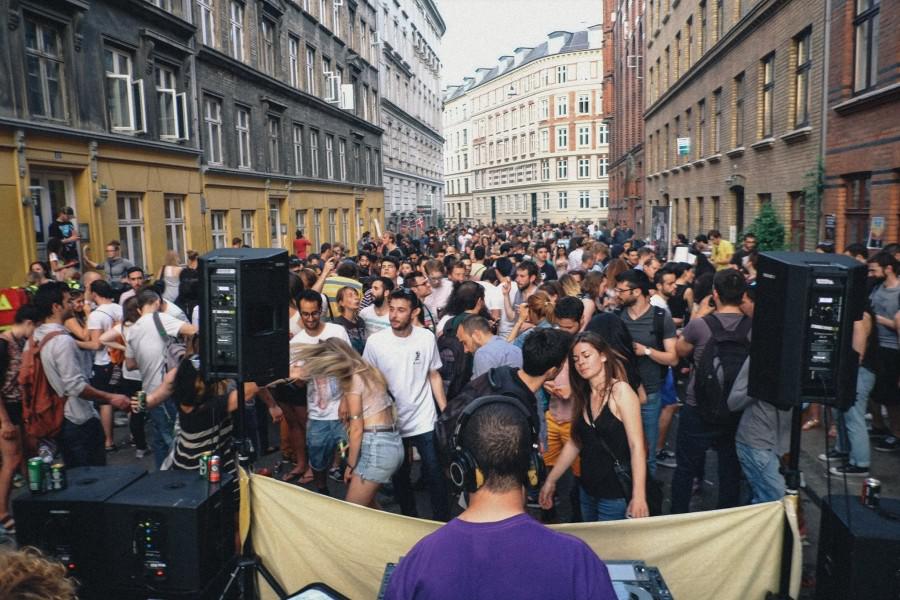 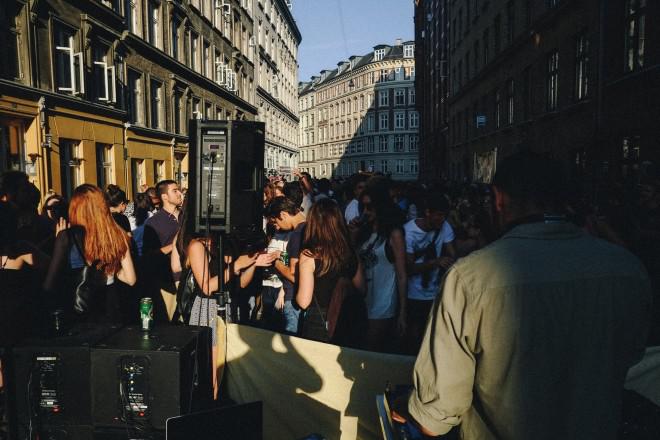 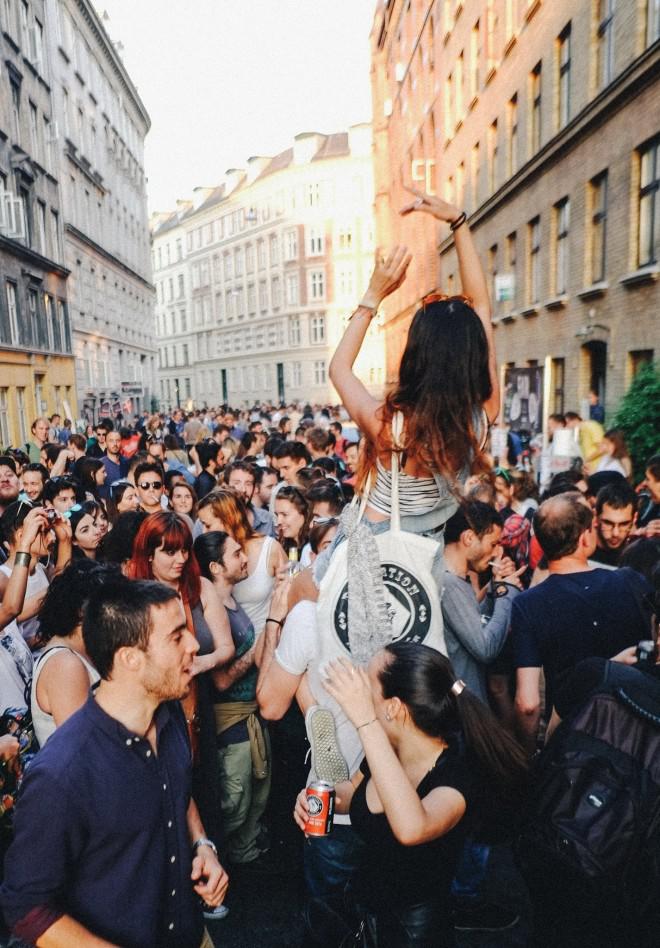 When the day party was over, unsatisfied people who wanted to continue dancing moved to Distortion Clubs, where the party continues in some of the most iconic clubs of Copenhagen, such as Culturebox, Pumpehustet, Rust and many others.

The street parties on Thursday at Vesterbro area were no different from the ones on Wednesday: the weather again looked more Mediterranean than Scandinavian, and the Danes committed to the festival, showing up with summer clothes and packing the streets with powerful sound systems, great moves and a lot, a lot of beer.

Something nice about Vesterbro is that here is where the Meatpacking District of the city is, where many club-alike bars are located, such as Jolene and Bakken, and often very good DJs come to share their music with small and passionate audiences during all the year. 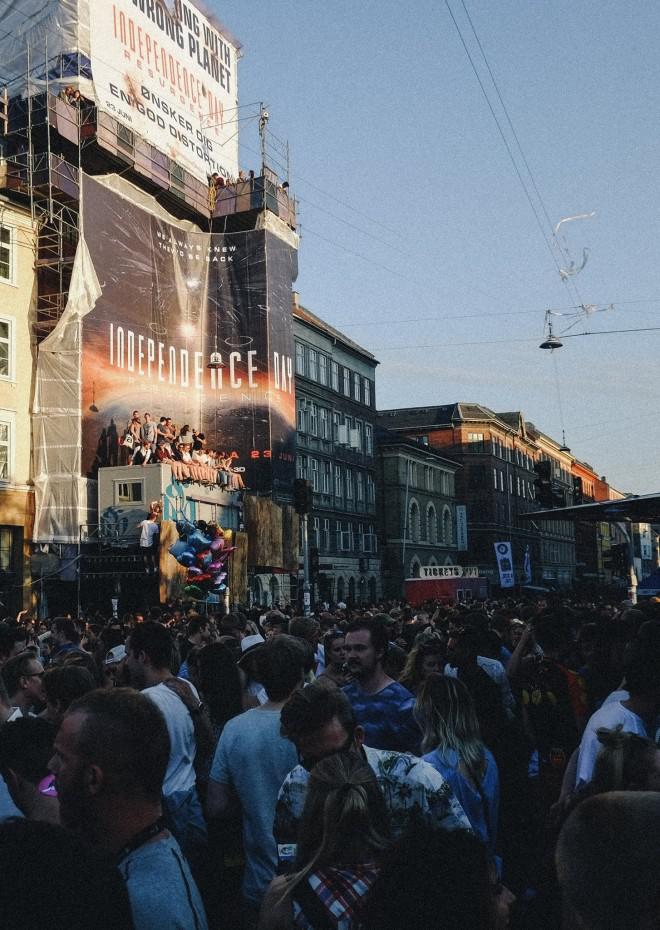 During the next two days, while the neighbors of Copenhagen were still recovering from the mess in the streets, the party moved to Distortion Ø, in an island located in the south-east part of the city. There were 2 main stages: one for DJs and another one for live concerts, together with many other small stages, bars and fast-food restaurants.

From around 19.00 to 22.00, the crowd met in the nice grass field just outside the venue to warm-up with some drinks and music, enjoying the awesome weather again. When the biggest DJs and bands were about to start, everyone moved inside. The place looked like a clandestine party in the middle of the forest, with a very rave-like atmosphere: the stages were surrounded by trees and land, and the next morning all the dust on my shoes confirmed the faded memories.

Some of the most outstanding acts that we could enjoy included Mano Le Tough, Helena Hauff and Yung Lean on Friday, and Kelela and Dixon on Saturday. This last DJ played an awesome 3-hour set, which coincided with the dawn around 4:00, creating a magic moment that all the ones attending will remember for a long time. The stages of the event were not extremely big, and it was the perfect size to enjoy the high quality of the sound with those punchy sound systems, which Dixon knew how to make use of perfectly: the kick drums really felt as a wall crashing on you. 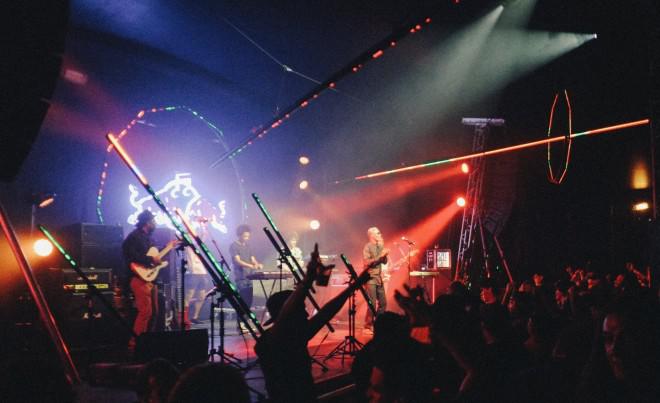 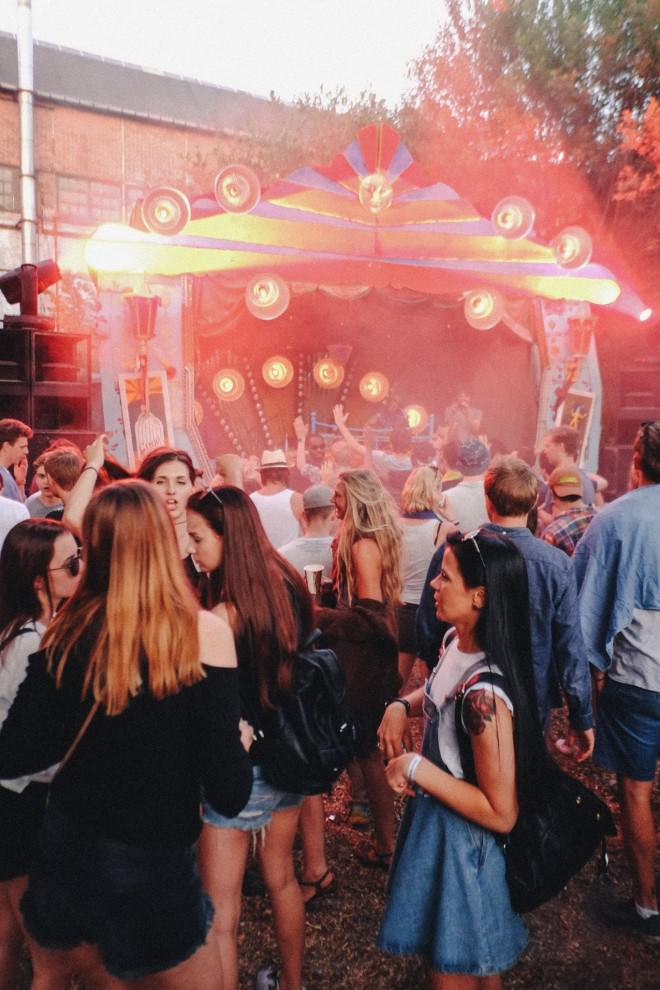 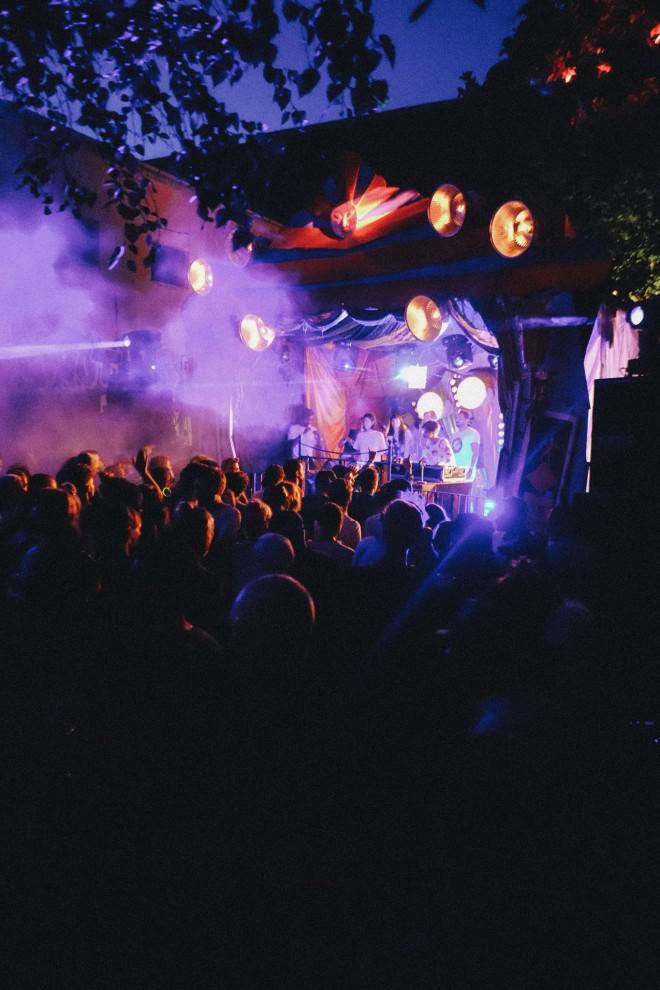 Another stage that is worth mentioning was the Army Tent stage: a very narrow but long tent, full of Funktion One speakers, where local Apeiron Crew were playing sharp techno tunes that made you feel as in the middle of a war zone, with bombs and shootings around. Not sure if I could stand staying in there for the whole night, but the experience was definitely awesome for an hour. 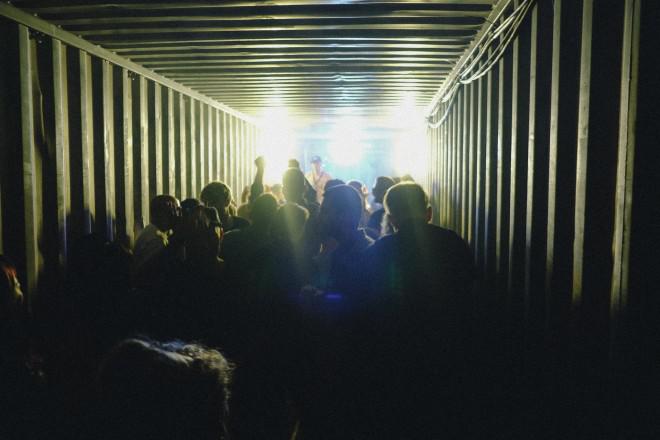 On the whole, Distortion has been as good as it promised to be, and it gets even better when the weather makes you feel like you are in southern Europe. Even if it feels like this festival is sometimes underrated, we can say that the organizers make a huge effort to make a party that all kinds of people can enjoy, at the same time as keeping the music quality very high. We hope to enjoy the next edition as much as we did it on this one.