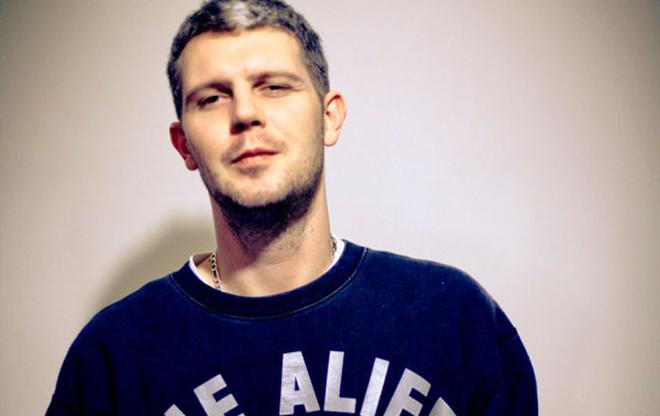 Ok the obvious question first, recently and especially after Addison Groove’s Footcrab release, Swamp81 has attracted so much attention by a lot of people (including me). The rising progress in its sound through the exploration of other tempos has resulted in some new killer underground music that gets ‘immediately’ out of stock when it reaches the shelves. How did this start and where do you find the cause of this rising popularity at least in the last 12-18 months?

Before I started swamp, I found myself in a position where I was playing music I no longer liked to crowds I didn’t relate to. This is because dubstep naturally progressed and I followed along with it. The problem was that at some point during dubstep’s progression it went down a path that wasn’t for me.

However I didn’t change my direction, which resulted in me feeling quite fraudulent. I have no problem with dubstep and where it is now, my problem was with myself, and my honesty. To rebalance, I felt that I had to promote music that I truly believed in, weather that be via my dj sets or through the music I release. This is how Swamp came about. To start with, I was pushing the more traditional halfstep sound, however, although I truthfully believed in this sound, I felt that this was a sound that had been explored.

Progression is a factor that is extremely important to me, so when ‘footcrab’ and ‘work them’ came along it just felt right. The music I bring out on Swamp is not marketed or genre driven, it’s just honest good quality music. I think people have related to this.

What are Swamp’s plans for the near future? What should we expect from Swamp’s upcoming releases?

In the next few months we have releases from Boddika, Zed Bias, Funkbias, Pinch and a Joy Orbison and Boddika colaberation. The plan is to release every 2 weeks.

What are Loefah’s personal plans right now? Will you release anything this year at Swamp or other label? We’ve seen the Pinch collaboration in Tectonic which was quite heavy, what’s next from Loefah the producer?

Loefah the producer is still working! I hope to have released on DMZ by the end of 2011. I ’m not planning to release on swamp myself. I ’d like to keep the two separate.

We know you made the conscious decision to start your own label sometime ago and make a new statement after DMZ (even though you are always part of it) which has now led into a myriad of new possibilities and also a growing following worldwide. Do you like how the bass scene is shaping right now (ie. in the last 18 months), what has grabbed your attention in 2010 and where do you think the scene is heading?

I love the way the scene is progressing, it seems to be a time of great creativity and freedom. Labels such as 502, Hessle Audio, Non Plus, Doldrums, Night Slugs and Hyperdub really excite me. As for where the scene is heading – I like not to speculate, just enjoy the natural progression.

Your latest mix for Boiler Room begins with an acapella version of Linton Kwesi Johnson’s Di Great Insohreckshan, a song inspired by the Brixton riots of April 1981 and the operation Swamp81 by London’s Metropolitan Police. I guess that your label’s name comes from those riots, what is the background of this choice?

I like social history, and operation swamp 81 is a part of the social history of my part of London. Its something that shouldn’t be forgotten, so naming my label after it references it and keeps the term in the public domain.

This thing with Sicko Cell/Knock Knock has become an obsession for a lot of people, I mean it’s a great track but I can’t really get what is so special about it, I guess it is best experienced in a club with a proper soundsystem rather than your average bedroom speaker to say the least. Is it coming out on Swamp? Was it your labels decision to keep the artist’s identity hidden to make an intrigue about this release or it was a choice of this artist to keep his identity hidden?

Sicko cell is coming out on swamp – it will be Swamp.014. The hidden identity was a request from the producer. There is a huge amount of speculation about the release; however this has largely been created by the media / public. It was never the intention to create hype.