Exclusive interview with Why? 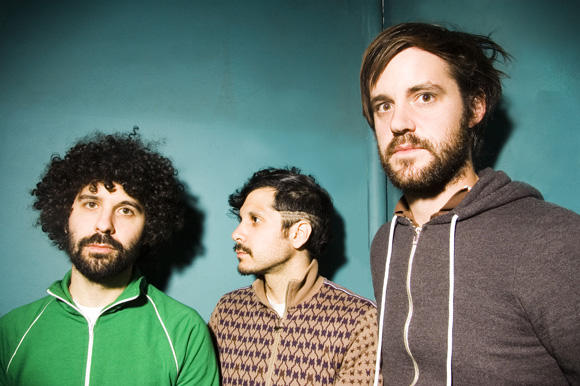 They are one of our favorite bands ever… Why? Because of their unique sound and way of “singing”, the lyrics and because everything about them is just amazing.. We had the chance to take an interview with the guys for Curt Magazine.

You lived in Berlin during the festival season this year. Do you like the city? Have you ever thought about moving here?

Berlin was a wonderful home base during the summer festival season. It’s vibrant and cheap and artistically and musically stimulating. In fact our bass player Austin just moved there. Though this may be because the US won’t let him back in the country.

Who came up with the idea to this home filmed „fan-trip“ by these two weird-looking guys? Are there often people on the street that recognize you?

Yes Casey and Paul are weird-looking, it’s true. It was their idea from the beginning, and afterwards we decided it would be a smart business move to use it as a promotional tool.
No we don’t get recognized too often, and if we do it’s a mistake because people think Yoni is that dude from At the Drive-in.

They had done a remix already for clouddead (dead dogs two), and our friend odd nosdam made a remix for one of their songs off of campfire headphase. So they were an obvious target to sucker into remixing a why? song for our hollow’s single. We’ve always been into their music so it was a very pleasant surprise.

What made Alopecia become „cleaner“ then your former releases. What influenced you most during the writing process?

Well the recording process was more intensive and cohesive- it was done by Tom Herbers in Minneapolis- and the magical mixing prowess of Eli Crews certainly had much to do with the ‚cleaner’ sound. As for influences during writing- the normal: walking down the street, smokin’ a doob on our parents’ porch, money water & bitches.

Are there any further collaborations planned with your anticon. labelmates or will you concentrate on the why? project and record a new album?

Well we got a new album recorded, it just needs to be cleaned up and mixed and so forth. In the meantime we would be open to working with those other anticon chumps if it doesn’t interfere with our maxing/relaxing/documentary film watching. We’ve been on tour a long time.

Exclusive interview with Free the Robots