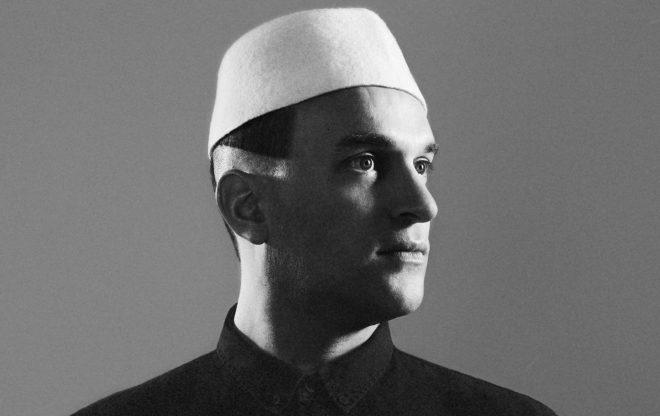 Ok, google translate helped me find out what ‘’dé bruit’’ means (noise), but what about ‘’débruit’’?

In french, –dé in front of a word, means the opposite. Also, the word débris in french or english means broken pieces of something. So, there are different doors or interpretations for my name. The opposite noise, broken pieces of noise etc…

What music did you use to listen as a teen and when did you first get attached to ‘’non-western’’ music?

Well, as a teen I was really into noisy guitar music from sonic youth to more experimental stuff and hardcore. Then, non western music was in the charts in France but I only got into it after I dived into electronic and experimental electronic music. I got more and more interested in melodies and ‘’pop’’ music, also rhythms etc… I felt that there was a format in western music and sometimes an over intellectualisation or something towards forcing the technique.

To those not familiar with your releases, how would you describe your sound?

What are the key life events and influences that evolved your sound over the years?

Thinking less rigidly about precise goals, focusing on doing exactly what I want and enjoying the process. Meeting people while I travel and hearing or seeing other ways and possibilities to create.

Regarding your latest release Débruit & Istanbul, how did you first get attached to Turkish music and what were the main factors that physically drove you to Istanbul?

I had made an EP called Sis Surpriz before which had turkish influences. I loved the folk music and also psychedelic music from there. Last year Europalia, a big art and music festival, commissioned me to go there and create something for their exhibition “imagine Istanbul”. So I went there and found some people I wanted to collaborate with. They also had a shortlist that helped. Then I had to convince people and find a theme which was 70’s synthesis, turkish scale, old and new generation of musicians and the city as the main collaborator.

Due to the long-standing cultural interaction between Greece and Turkey there are many Turkish words still widely used in Greek. Although most of the times their meaning is modified or totally changed over the years, their origins are still quite clear. Two of them are duman and dalga. What are the stories behind these titles?

Well for Duman, with Murat on the saz, I imagined a hazy Istanbul, between fog and smoke. Dalga was the wave like a synth wave. But also the Bosphorus actual waves. The ondulation.

Except music, did you try to discover any other forms of Turkish culture and lifestyle? What surprised you most (e.g. food, behaviour, architecture etc.)?

I knew it a bit already as I had been a few times, and I guess it really depends of areas in Turkey. I got to know Istanbul better and feel its pulse. It’s a very modern city with, its own topographic and social rhythms. I love the food and the people of Istanbul that I got to know more. I visited some monuments of course and twice Agia Sophia which like my music saw the mixing of different cultures and influences passing through.

Your latest LPs are released on your own ICI label. What were the reasons for that?

I want to take control of things and be more spontaneous with my music, but ICI will also be a way to release artists I like and all kinds of art or charity project I’m passionate about or feel useful. I want to give more and help if I can, but also collaborate and facilitate collaborations between people.

Have you ever listened to any kind of traditional Greek music? (if yes) What was it? Did you ever thought of experimenting with it?

I don’t know so much about Greek music, which often is a starting point for me to dive into something, I know the folk stuff with buzuki and Vangelis and Demis Roussos… I’m a big fan of Larry Gus, too.

What should people expect to see from your set?

All my influences, a bit of roughness here and there, surprises and energy.

What are you future plans regarding releases, collaborations, projects etc.?

I spent a month in Kinshasa in the Democratic Republic of Congo where I collaborated with really creative musicians and artists. So, that is next for me. Maybe some free music before and working a lot on ICI.