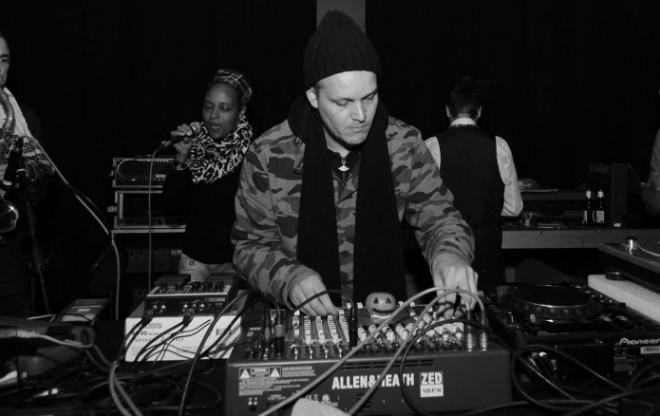 When was your first touch with music and which were your influences?

I always loved music since I was a little child. I remember going with my grand mother to the Monday weekly market where I always get a 7″ record from her. Reggae was stil not there for me it came later with my father Bob Marley’s tape in his car. Before listening reggae I really went trough all styles of music: trip hop, ambient, metal, techno, french music etc.

What does it mean your name (Mad Codiouf) and how did you choose it?

Mad is mad lol and from longtime in my small town of Belgium my friends were calling me Codi. The day that France lost a football game at World Cup against Senegal, I was wearing the official Senegalese shirt then it turned to Codiouf as famous player at that time was Diouf. I really didnt choose that name and with the years I always used it as artist name. Now Mad Codiouf is me! 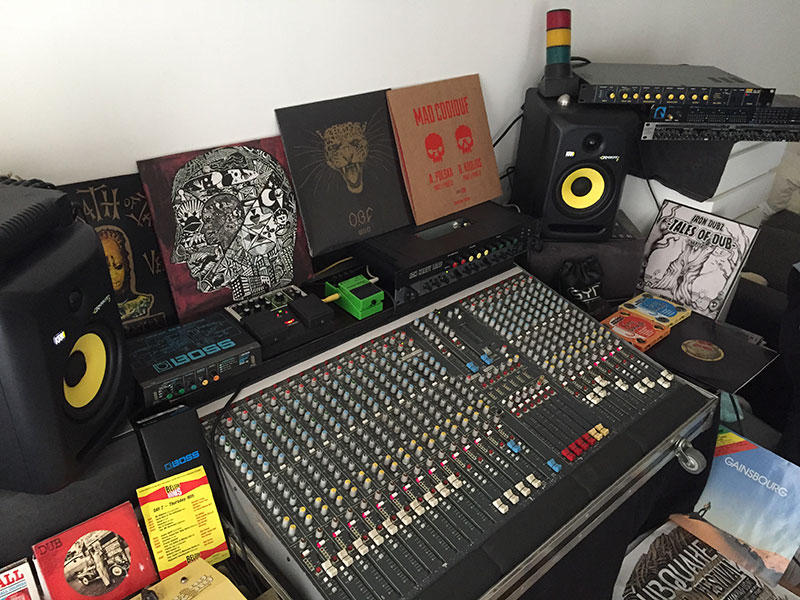 Well, can you describe us your music progress from 2001 till now and which are your plans for the near future?

I remember around year 2001 moving from bar to bar with my cd box to try to play music. At that time we had the Tribal Poursuite crew, ragga-hip hop style 3 MC’s and me as DJ and selecta for the sound. We were recording dubplates from friends and french artist mostly carribeans. The story stopped in 2007 when I decided to leave Belgium for Geneva.

From that time till now many things have happened. I joined 1st Jahwed Family, youth from my town, recording jamaican artists on dubplate (over 150 dubs) till we won Beljam Cup Clash in 2011 and then everything changed when I meet O.B.F in 2010…I learned and discovered the Sound System from A to Z…travelling with them all over Europe.

As boxman I learned how to string up the sound: plug cables, speakons, carry boxes, fx, pre amp, sirens etc. I really feel that real Sound System spirit is family thing.. very important! Then I started to produce small dubs on my computer with brother Iron Dubz that were mixed in OBF studio then played on the Sound System. It was amazing for me!

After some years I decided to go back to Belgium to make people feel what I feel with OBF those last years. Thats where I meet Reggaebus Family in Brussels.. Step by step the vibes came stronger and stronger and I joined the Reggaebus Sound System to spread more vibes in Belgium and all around…

When did you built the reggaebus sound system and which are the members of the crew?

I am not the owner of the sound so I don’t know exactly in which year it was built, I think 2012-2013. We are two persons running the Sound System with a big family around us as. Reggaebus is organising Dub events for almost 10 years now.

What does it mean for you to setup the sound system for a dance?

Many things come to my head but I would say set up the Sound System is put the stacks at their best position following the place you are playing to get the best quality and potential from your Sound to make it confortable for you and for the massive… create a real dub arena with bass pressure. 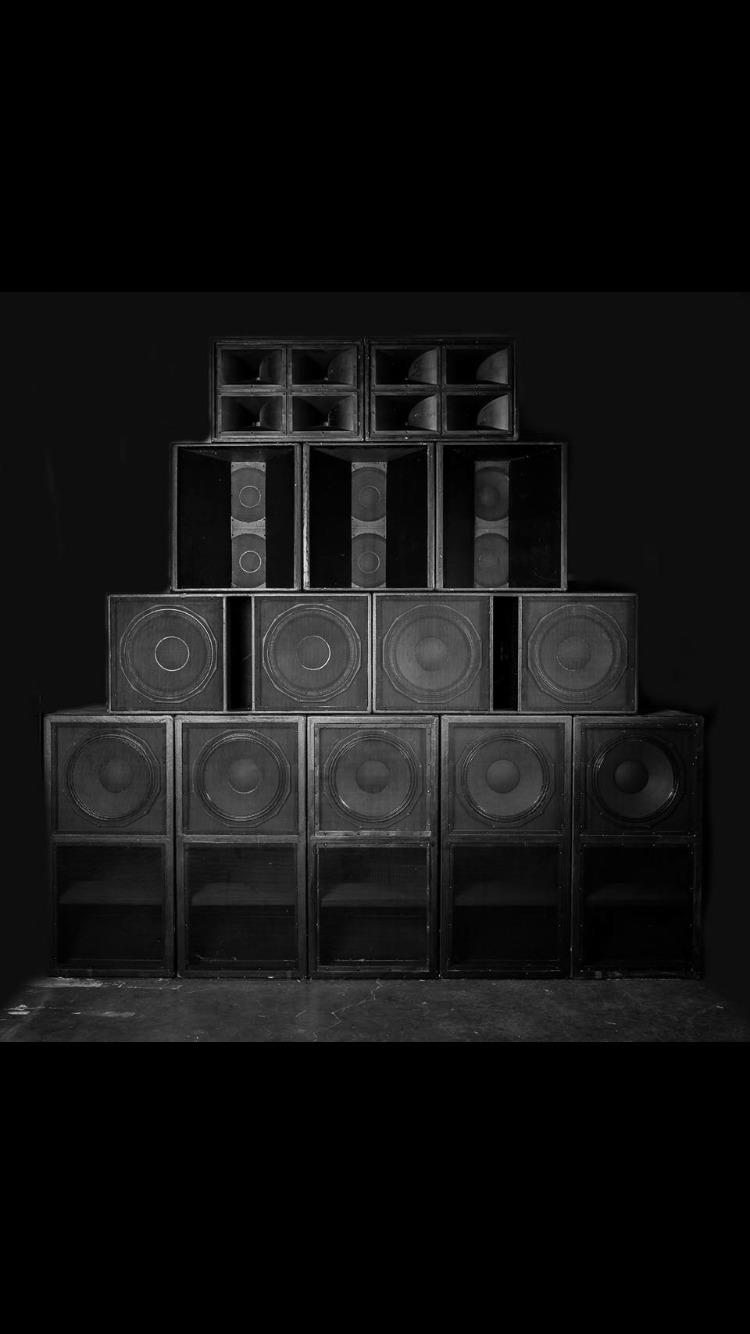 I am certain that there are a lot of stories from your live sets, tell us a remarkable one!

I remember the first time I played at Reggae Geel Festival as MC with Jahwed Family in front of thousands persons. The pressure was so high I almost drink 1 bottle of rhum, put my sunglasses, go on stage, did the job and after the show I don’t remember any tune we played that night… crazy experience!

Which is your favorite collaboration with other artist and why?

I have many in my head but I would say the night we record Michael Prophet after his show in Geneva. We recorded him with Rico OBF in a radio station next by a house-techno party. The studio was shaking in all sides like crazy, but this session was amazing.. crazy dubs, lot of laughs and fun that night!

Tell us one artist that you would like to make a project with.

If I had the opportunity to work with an artist for an album I would say Michael Prophet again… this artist is amazing and his voice has still a great potential.

Your last project was released from DigiPirate Records in 2014. What’s next?

Next One will be a 7″ release on Dub Inversion Records from Italy with Humble Brother.. heavy stepper tune coming soon…

What’s the message that you want to spread to your listeners at a party and from a tune of yours that you can listen to it even at your home with friends?

The main message is Unity… We are all together and all same in the session…thats why we play at same level on the ground with the massive to really feel this oneness and live the musical experience together. 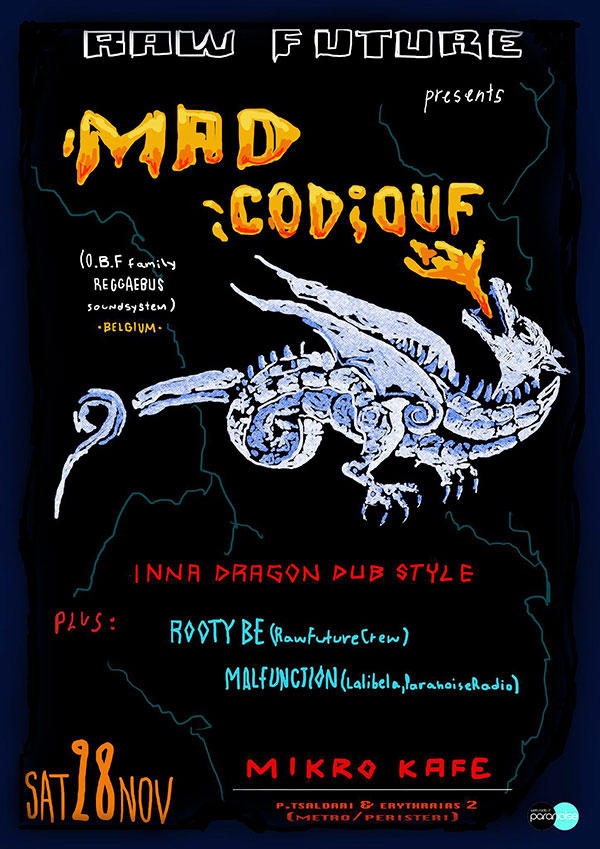 Interview with Jeru The Damaja