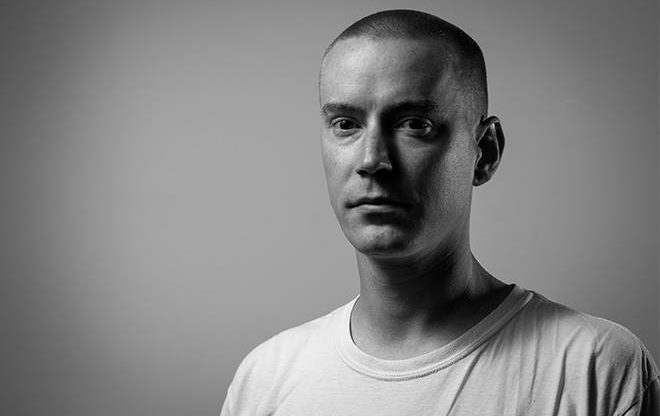 During the last decade, running the management of Tectonic Recordings and releasing a quite large label catalogue, do you consider Tectonic as a strong established label in global electronic music scene?

I don’t think that Tectonic is a particularly well known label, internationally speaking, but I do believe that with 12 years of dedication towards progressive bass-driven music forms, it is a label with a strong history, a great catalogue and a well defined perspective.

Your hometown, Bristol, is known to most of the people because of its music production. From Massive Attack to Pinch to Lurka, Bristol have been an innovative city music-wise. What special is going on in Bristol?

It’s a small city with a lot to offer, meaning artists and musicians tend to connect more easily here than in other cities and that helps spread a creative mood. It’s also mainly thanks to the rich history that Bristol has had over years, resulting in generations of counter-cultural groups who have used music as a means of expression. From the soundsystem culture in the late 70’s and 80’s, graffiti culture from the early 80’s onward – through to the likes of Smith & Mighty, Wild Bunch/Massive Attack, Tricky, Portishead – Full Cycle and so on… Oh, and they regularly put magic mushrooms into the water supply here – that might have something to do with it too.

What differences would you point out among the countries of Europe regards to club culture?

Most of European club culture is dominated by house and techno, although you do tend to have a few more options in the bigger cities. That said – there is a lot more interest here in the UK for more beat-driven forms – like dubstep, grime, D&B and so on. But then, that’s where those types of music came from originally so it makes sense that way round!

What should we expect from your input at Fasma Festival this year in Greece? Would you name some of your dubs that follow you to every trip in this period?

All my acetate dubplate centers are always left blank, with no center sticker to label the tracks so if someone asks me what is playing – I usually just say “dubplate”. It’s an idea based on the old days of Jamaican soundsystem culture – when selectors would scratch off the labels of records to make it impossible for people to find out what it was they were playing, thus making it harder for other selectors to get hold of the key records. So, by means of a long answer… No, I won’t name any for you! In all seriousness though, I always come armed with fresh cuts, exclusive versions of tracks, specials and plenty of unreleased killer music. So don’t worry!

What are the elements that you track as evolutionary in your latest release with Sherwood?

We had a lot of fun making the first record and while the more recent one was also fun to make, there’s a lot more concentration and energy gone into Man Vs Sofa. I think the record is more psychedelic than Late Night Endless and aims to be both challenging to the listener but also accessible – a difficult combination to balance but I like to think we got there. I also think that as we have worked together for several years now, we have a much more intuitive sense of how to get the best out of each other and that reflects in the live shows we’ve been doing this year, which feel energised and fluid. It’s been a real pleasure and an honour to work so closely with Adrian.

How did the collaboration with Adrian Sherwood emerged? Which elements of his music attract you the most?

I grew up listening to parts of Adrian’s enormous catalogue of music courtesy of my older brother who made me tapes of Pay It All Back compilations, Dub Syndicate and African Headcharge albums – so the On-U Sound aesthetic has had a defining impact on my wider musical tastes in general, from a fairly young age. I’ve always liked the sense of adventure you can feel from listening to Adrian’s music, the huge stereo soundscape he creates when he’s at the desk and the way he uses samples and sound bites of dialogue to move your sense of context around what’s happening with the music – all appeals to my taste.

Would you expose some of your music production secrets? Are you operating complicated arrangements or simpler forms on producing? What hardware have you recently purchased?

I’m not a big fan of discussing production – as with the dubplates, I don’t think it hurts to leave a bit of mystery around music and how it comes together. If you dissect things too much you can kill the magic.

Do you consider Tectonic’s sonic framework as a work in progress? Can you “see” Tectonic’s sound ten years from now?

My life is a work in progress so it’s only fair that can be said for Tectonic also!

Tectonic Recordings seem to release the state-of-the-art in bass oriented electronic music highlighting many new artists. Do you believe that some of the releases have played a key role in the evolution of the record label? Would you like to mention few?

Always – after all, what is a label without its releases?! I’m always excited to work with established artists I respect greatly but it is in many ways more rewarding when you release music by an unknown artist and they go on to build a career from that starting point. There are also certain records that really mark a change in sonic form and those are the top of the pile for me, the most exciting records. A couple of historic examples might include records like Peverelist’s Infinity Is Now or 2562 Channel Two in 2007 which marked the beginning of the more techno-influenced dubstep sound – or more recently, 2013’s Mumdance & Logos Legion – maybe even Turbo Mitzi or Big Slug ft. Riko Dan too. Newer label artists like Acre, Ipman, Walton are all making great stuff, totally unique in their approach which I always feel is important.

Are there any record labels or artists that have influenced significantly the style of Tectonic sound?

As a producer, you seem to be focused mainly on dubstep and techno derivatives. Have you ever experimented on producing drum ‘n’ bass?

Some of the earliest tunes I made and worked on were jungle style tracks put together on Fruity Loops around 2001-2. I’ve never made a straight up D&B tune but I did make a D&B tempo track called ‘Pepper Spray’ which came out on Planet Mu in 2007. I’ve been making some tracks recently around 155-165bpm but I wouldn’t call it D&B. That music was very important to me, jungle & D&B – but it’s not something I feel much of a need to make myself.

Which are your favorite records for home listening?

I bought a bunch of vinyls when I was in India last December that have had regular play on the turntable in the middle room in my house ever since.. Otherwise, there’s usually a lot of old dub/roots and weird electronica. If I had to rate something new – I’d say go check Equiknoxx Bird Sound Power if you haven’t already, it’s very good indeed.

Thank you very much for your time. See you in Athens! 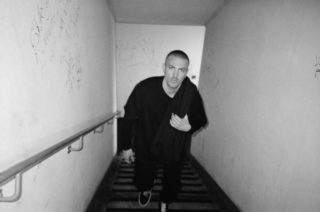