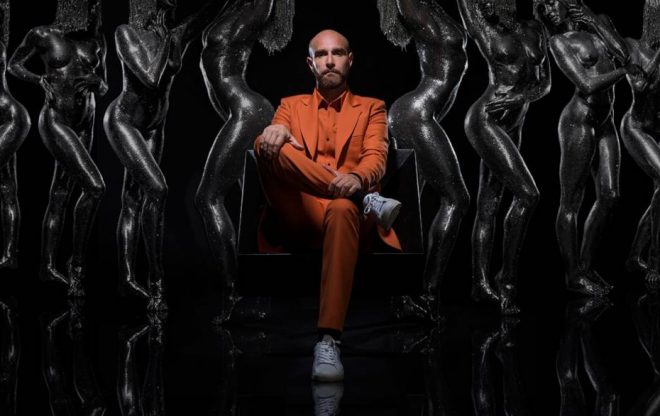 In your new album Voyager, it seems to me that the energy has dropped down a bit. What I mean is that, this works perfectly with the vocals and the overall flow of the album and you created this kind of fuzzy disco which you described yourself. I really enjoyed this release and I think its one of your best so far. What changed between your previous album Rave Age and Voyager?

Those two albums have different concepts. The concept of Rave Age was to have no real concept by the way. It was more like mixing every kind of music, from house stuff to slow music without thinking too much. On Voyager it’s the opposite. I wanted to do something where all songs are linked, all together with the same synthesizers and with the same atmosphere. It’s true, Voyager is less techno, it’s less rough, it’s less rock. Also because sometimes I would go to very much you know rock stuff and now I was in this disco mood. In Paris there is a big hype about disco again and I realised that I want to go out to these disco parties and dance. So I thought that my heart belongs to this at the moment. The next project will be entirely different. I am getting back to punky stuff. I am very happy with Voyager but the next one is not gonna be disco. It’s been 20 years that I am doing this and I want to look at all my records and all my live shows with an arty view, something more like telling a story. Every time I want to tell something different. I don’t produce the same thing all the time. Otherwise I would get bored, I would commit suicide and people would not like me anymore. So you have to be true to yourself really, even if something has no success at least do something for yourself.

You are celebrating 15 years as Vitalic and 20 years in the music industry and you are doing a big tour Voyager for this occasion. Can you imagine yourself doing this for the 20 or 30 years of Vitalic?

I don’t know. Because when I started I thought “I am sure that when I am gonna be 40 I will be too old” and in fact I am 41 now. So you know, Laurent Garnier is older and you have some DJs that are 55 or even more. I don’t know, maybe I will get bored at sometime, maybe even worse I will nothing to say anymore. I am still searching things and I am okay.

You are in the middle of your tour now and you are back in Barcelona in Sónar. How do you feel about performing in Sónar and do you generally enjoy playing big festivals or smaller concert (I think you are a big festival guy)?

I am a big festival guy, but I also love smaller venues. When I began the tour I did small venues like 2000-3000 people and I really loved it. Festivals are different energy. For me its about the crowd mostly.The crowd, the soundsystem , the energy and the vibe. But if it’s too busy, if there is too much queue in the toilet, too much queue in the bar people are not good and you can feel this energy. It’s not anger but it’s a bit weird. Sónar is perfect, its a great organisation. Also is super spot. It’s clever, it’s arty, it’s organised and it’s sexy. And I am super stressed.

Could you tell us a bit more about the production of ODC live show? How many people are involved behind it?

It’s based on kinetics. It’s based on the idea of movement which is the new technology and is evolving a lot pretty quickly. It is also synchronised with music. The point, the idea behind this is a structure that is always evolving during the show so you don’t see the same thing blinking for one hour and a half and it is always changing.

So your tour ends in the winter?

No, it ends in one year and a half. (Laughs)

Oh okay, but are you not stressed about all this excessive touring?

No, from the beginning I am made for touring. If I don’t tour I am really bored. Even when I am on holidays, I can’t stay for more than five days because I get bored after. So it is my nature to move, and go and try new thins and eat the tapas.

Lots of artists find it quite hard to do this all the time.

It’s hard also. Because some times I DJ for 6 months or a year and after one year I am super bored. Because, you travel alone or with your tour manager and this is something very repetitive. When we do this kind of production, there are always problems to solve. So we dont have the time you know. We always solve the problems and technical things with the team. The team is 10 people and there is always something happening.

And how long did it take for the production of the ODC live show? 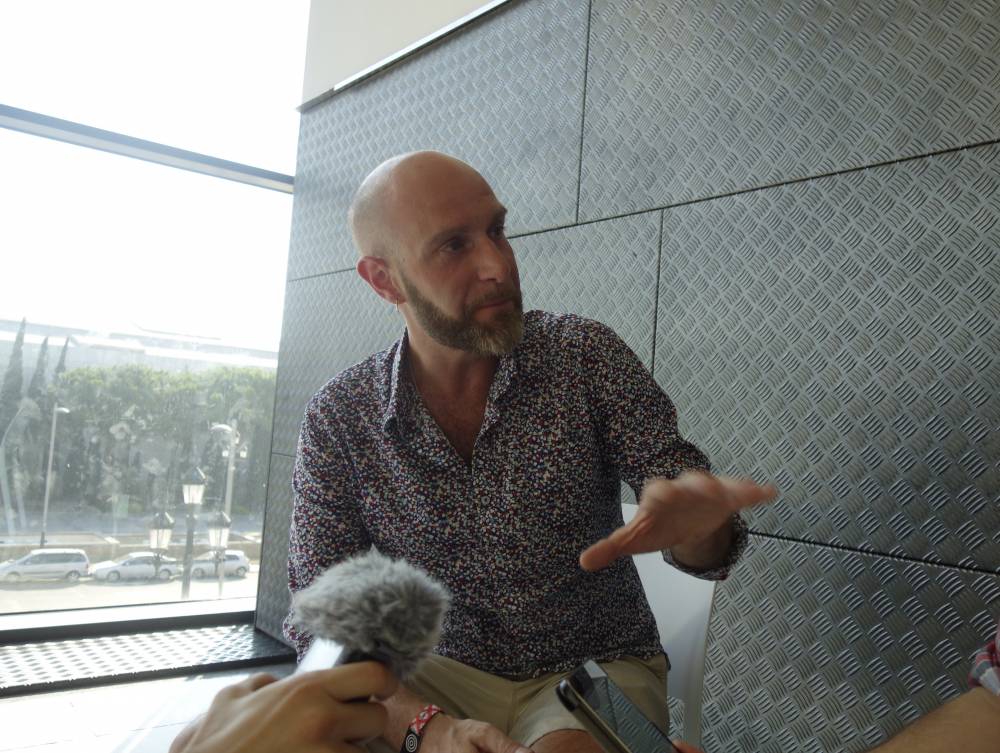 In 2016 you also established your own label Clivage music. What are your plans for it? So far you’ve only released your own music on the label. Will you release music from other artists as well?

Yes, but I need some time. I would like to release some new music but I will focus on that in September when my life will be more relaxed. I have some ideas, I have some people that I want to release but to do things well, I can’t just say I want this and then go on tour for a year.

The next one is about the Gallic Techno/House scene. It is represented at this year’s festival with yourself, Justice and Jacques. In your opinion do you think that there is a revival of the scene?

Do you mean that it was dead at some moment (Laughs)?

No it’s not that, but I think it’s getting more popularity again lately. I don’t mean that it was dead at some point but I think there was a drop and its coming up again.

Yes, because after the french team 2002, with artists like Justice and these guys from Perwointer,there was the Italian scene coming up. Artists like Bloody Beetroots and all these. Then we had EDM. It’s always evolving. So sometimes it is France, then it is UK , there was South America also with all the Chilean guys. But Justice are so big you know, they will never disappear; they are like Daft Punk.

There is  a discreet style behind your releases. From the graphic design,the album covers to your the video clips. They all have a particular aesthetic. So how important do you think that the artwork and the people who create it, have been for your projects all these years?

I think it is really important and also tells a story between people. The guy who made the cover and the video for “Waiting For The Stars” in the last album is a very popular guy. He is a hairdresser (Laughs). Well, he is the hairdresser of Lady Gaga OK? I met him in Paris on a boat and we got drunk after four hours of mojitos, so at the end we went in a big cabaret in Paris ( I can’t say the name) and hanged out with dancers and we said we are gonna make a video and then I met some other people too. It’s like that. For the previous album I didn’t focus enough on this aspect of music. For me it was just the music and for the rest, I had some other people without me getting too much involved. For this one I did the opposite. I now do everything myself.For Voyager I was changing the covers and other stuff every day. I really put 100 percent of myself even in the videos. I even paid for a video that will not be released because I was not happy with it. I need to recognise myself into it. I need something a bit twisted.

Thank you very much! We are looking forward to your live later on. 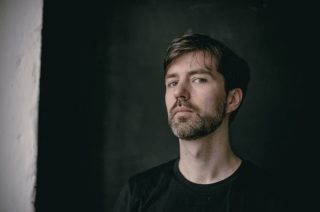