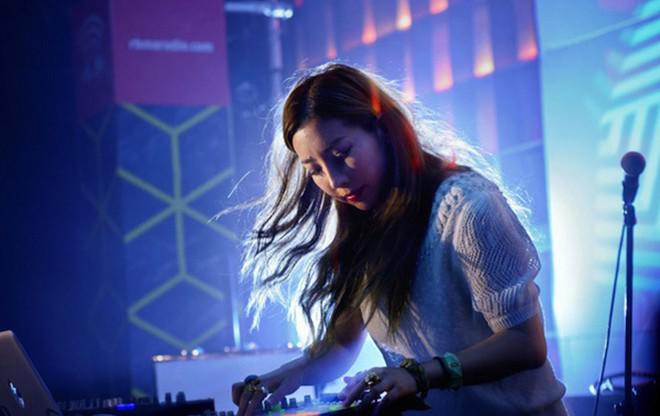 How did you come up with the name “TOKiMONSTA”?

“TOKiMONSTA” is basically a combination of the word “toki” which is rabbit in Korean so it means rabbit monster written not with a “er” but monster with an “a” so it’s basically a nickname from when I was younger.
“Toki” is something my family used to call me, because I kind of looked like a rabbit when I was little…big chicks, big teeth and stuff. I guess when I decided to do music I decided to use it as a name. At the beginning I just chose it, you know, for no particular reason, it just sounded cool. I didn’t know it would go this far at the beginning. Now it means a lot more because “toki” is something which is quite cute and innocent and “monsta” is something quite scary and big. So it’s like it represents the really nice and beautiful side of my music along with the very dark and scary kind of aspect.

I thought that the word “Toki” had a connection with Tokyo.

A lot of people think that, you know, “Toki” sounds like a Japanese word, sounds like Tokyo. I have to explain that a lot. I am not Japanese, toki is actually a Korean word.

I read in a short bio of yours that you started with classical music. How did you end up making beats?

Ι took classical piano lessons for 10 or 12 years and I wasn’t a very good student. Mostly my mother was saying “you should take piano lessons” and I took piano lessons and…of course I know how to play the piano but…I had this issue where…my family used to joke that I can never finish playing an entire piece of music, because what happened was that from an entire song I liked only one part of it and I played only that one part. So it’s almost like classical sampling, you know, I just like one part, why I have to play the whole song, I don’t like the whole song. I only want to play one movement of the whole piece and I guess that proofed that I have music that I like to play and music that I like and I wanted to make. At the beginning I didn’t quite get into production. OK, I tried, when I was in high school I tried downloading Reason, but I kind of gave up and didn’t want to learn it. And finally in my first year in college, I decided to make my own music, I learned the program, use it in the way I like to play music and it went of from there.

There are not many women beat-makers. Have you ever noticed being treated differently by promoters, record labels or audience because of your gender?

All the time! It’s funny because at the beginning I came from a hiphop background and in the very very early days of myspace, I never showed my face, I never had a description, no bio, no nothing. Just a logo or something. That’s kind of the graffiti approach, you know, you should see my artwork to know who I am. And then it just came out that maybe I should show who I am maybe it’s inspiring for other women and Asian Americans. But then you have to pass the media, promoters who see it like that’s a cool able, that’s something that we can use to market. It’s something very visual and stuff like that. I kind of see it when they put it this way, promoters doing a party you know..”Asian female beat maker”. For me it’s kind of good and bad, because I am an artist,oh don’t pay attention to that, you should only pay attention to the music. And then I guess, someone explained to me from a different perspective, which was useful. Maybe, someone will check my music, listening to my music for a very superficial reason, but then, wait, I really liked it and at that point it doesn’t matter anymore that I am a girl, I am Asian and all that superficial things.

If someone listen to your music without knowing who you are, he cannot realise that this is a woman making beats.

Yeah, I kind of get away with it a little you know. If I make sensitive beats, things that are more emotional, I can get away with it more than guys, because they will say “oh, he’s soft” and then I can make harder beats and get a lot of respect for that. I feel lucky for that.

What do you listen at home?

Well, right now, because I play in clubs so much, I don’t want to listen to club music when I want to enjoy music. I’ve been listening to a lot of bossa nova, old psychedelic rock from 60’s and 70’s.Kind of rediscovering older music. There is so much great music, but I like to look back and get inspired from things from the past.(…) Quite mellow things to be honest. But then again there times I want to listen to all bangers and I have lists of bangers with music from friends, wu tang all the old hiphop favorites and stuff.

Was there ever a record that when you had listened to it changed you? Changed your perception about music?

Well, I think for me Raekwon’s Cuban Linx means a lot to me. ‘Cause in the beginning, I really wanted to sound like RZA, make hard beats with really unique samples and then I found J Dilla, “Welcome to Detroit…I don’t know, it isn’t just one, I keep discovering music but now affects me quite a bit. When I listen to (…) or white noise, like Deyla Derbishire, who is like a pioneer in electronic music you know, she basically made the Doctor Who theme.

Yeah exactly. It’s really interesting you know, like what’s the next cool thing out there, I’ve listened to everything that’s out there, I want something that will expand my mind, even if it sounds kind of strange, and non musical, there’s something to it, like what they did with the instruments that they had, all these old cool synthesizers which are too expensive to afford right now and then the fact that you can use that and incorporate it to your own music.

J Dilla used a lot of samples of Raymont Scott who is kind of the equivalent of the BBC Radiofonic Workshop work in America.

Yeah, Dilla used a lot of very interesting samples and I had a conversation with someone earlier. It’s really great ’cause you have all these kids into Dilla and then suddenly they start looking for what he sampled, some obscure song or jazz, really older music. It’s a cool way of educating people. 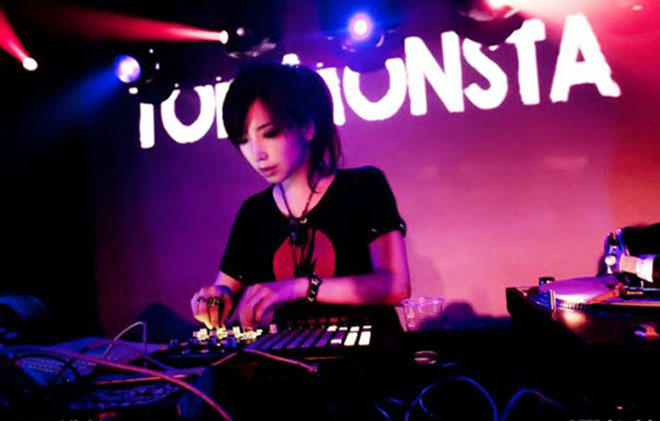 L.A. can be easily considered as the beat making capital of the universe right now. Does this affect you in any way? Would you be making different music if you lived in another city or country?

L.A. totally affects the way I make music. Because, you know, when you are always surrounded by certain people, all their styles will pour into you. It’s not that anyone is trying to copy. There is this atmosphere where we all value bass, all we all value jazz, we share the same kind of music with each other. And the city is always very inspiring ’cause there are so many artists that come through, you have the ability to see so many shows and if I lived somewhere else, I cannot say it would be the same, I might go to a different direction but I’m glad I live in my city ’cause I like to be a part of this and it’s really amazing.

2010 seemed to be a really busy year for you, with many releases. What 2011 is going to be like? what are your plans for your feature? Are you planning to maintain that pace in releasing music?

Well last year I had an EP release and a full length album and I guess many artists have an ep and an album released in a year but I guess I did so many remixes and came out with so many singles, like the thing I did with Blue Daisy and the All City entrance. I think right now I don’t want necessarily have a level, like I want always to put out one or two things a year. I really take it as it comes but I want to put out one significant thing a year. For a season when I don’t have anything coming out I want to put out something on my own and put out something fun like hiphop or come up with a bossa nova album…there are many different projects which is fun

If you were to choose an image, or a series of images to describe your music, what would that be?

I imagine this very beautiful scenery…I don’t know if it sounds strange but living in a concrete jungle like LA where you don’t see much nature, when I come to Europe and see all that trees and the green grass… That idea by itself is beautiful. Kind of describes the sound of my new EP which comes out in May. I wanted to be a sound that provides an image and lots of texture and I think in nature you have so much texture. And I also like to combine old and new so I imagine a modern building or sculpture which is really straight and clean, just in the middle of all this.

I made two images. One of a Sunday noon somewhere near a beach and the second it’s an image of moving city lights in the night, during a car ride.

Exactly, because while in a car you have movement of scenery and the music must be a movement. A movement of sound. And the scenery you mentioned…I guess I really like sceneries.