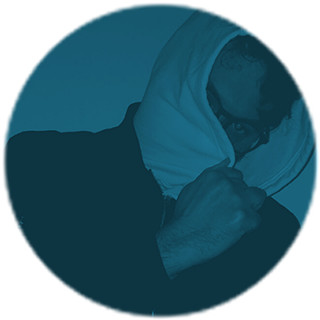 A project of George Kontogiannidis , who comes from Edessa and is also owner of Numb Capsule Records. He was amongst the main founders of Coo Team (cooradio, coorecords) and the alternative musical website BreakAPlate. He studied Music Technology in Thessaloniki and his initial compositions (back in 2007) were under the pseudonym Fragile Balloon, under which he has several releases. Since 2017 - now being Pera Sta Ori- he chooses a different, more dance-oriented direction. His music is a blend of DnB, breaks, futuristic IDM and Sheffield-bleeps. The compilation: Fragments and a bit later his EP ‘ΙΣΚΙΟΣ’ on London based Yellow Machines, were only the beginning. Hyponic, DJ Mag, Bandcamp, Magnetic Mag, Igloo and more, gave his EP ’ΙΣΚΙΟΣ’, very good reviews. What followed, was his remix on Brainwaltzera’s ‘Dropp On Gminor’ for Touched Music. So far, 2020 has been a very creative year with sold-out vinyl editions , compilations and remix albums on various labels such as Furthur Electronix, Brokntoys, EVEL, Mindcolormusic and Detroit Underground. Pera Sta Ori has joined events of the electronic and dance community alongside μ-ziq , Ziur, Rian Treanor, Mark Fell, Pita and Daedelus. The show will explore a variety of styles such as drum and bass, breaks, IDM, electro, free jazz, experimental, post punk etc